Paul Steinhardt, PhD., Einstein Professor of Physics and Director of the Princeton Center for Theoretical Science, discusses in his April 30, 2013 visit with Science for the Public two of his most important areas of research: the cyclic model of the universe that he and Neil Turok developed; and the quasicrystal, a structure he predicted theoretically and decades later tracked down.

The cyclic model of the universe is explained for a general audience in their widely acclaimed book, Endless Universe (Doubleday, 2007). 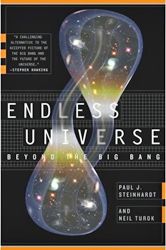 Dr. Steinhardt was one of the leading figures in the group that worked on Alan Guth's "inflationary" universe, the model that attempted to explain the instantaneous expansion of the universe in the first moment of the big bang. Eventually, Steinhardt and others became aware of flaws in the model that might be resolved by a different model, one in which the universe emerges and collapses in cycles of trillions of years. Endless Universe examines the evidence for the contending models (inflationary vs the cyclic universe) in a very clear manner. more about Endless Universe 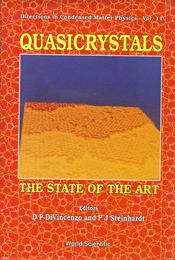 Professor Steinhardt also discussed the quasicrystal in his April 30, 2013 interview with SftPublic. This is a structure originally thought to be purely theoretical. Later, it was synthesized in the lab, but few physicists thought that such an entity could be found in nature. Steinhardt thought differently. For decades he tracked down every lead, and eventually --against all expectations-- located a sample in the Siberian wilderness. It was embedded in a meteorite fragment.

Quasicrystals is a technical book, but it includes contributions from many theorists and is an important resource for those who are interested in pursuing this topic. (World Scientific: Series on Directions in Condensed Matter Physics: Volume 16 (D.P. DiVincenzo & P. Steinhardt, Eds).