In December 2011, Professor Kaufman presented a Science for the Public lecture Eye-to-Eye with Climate Change in the Ocean at the Cambridge Public Library, Cambridge MA. 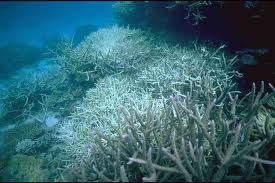 Les Kaufman, PhD is a Professor of Biology in Boston University's Marine Program, which is one of the most outstanding interdisciplinary programs in marine biology. He is also a Senior Marine Scientist for Conservation International, and a Research Scholar at the New England Aquarium. He received the 2009 Partners in Conservation Award from the Secretary of the Interior for his work on the Flower Garden Banks National Marine Sanctuary in the Gulf of Mexico. In 2011 he received the Parker Gentry Award for Conservation Biology.

Dr. Kaufman received his PhD from Johns Hopkins University in 1980. He entered the field of marine ecology at a time when not many scientists anticipated the ecological crisis that is obvious today, but he warned early and persistently of the inevitable impact of advancing climate change on ocean biosystems. His scientific command is very broad, so he brought to the study of ocean ecology an interdisciplinary approach that now is essential. Over decades,he has developed analytical methods that prove how climate change and pollution raise ocean temperature and accelerate chemical changes that threaten the marine world.

Professor Kaufman has pioneered marine conservation programs, and his encyclopedic knowledge of marine life has made him one of the most respected experts in the field. He has trained a new generation of marine ecologists who are equipped with an interdisciplinary perspective. Those skills will be vitally important in the next several decades as scientists like Kaufman attempt to prevent marine disaster.

In addition to a very long list of technical publications, Dr. Kaufman has co-authored and contributed to books for a more general public. One of these, The Last Extinction, co-edited with Kenneth Mallory (MIT Press, 1986), is a must-read set of essays that anticipated the ecological crisis in which we find ourselves today.