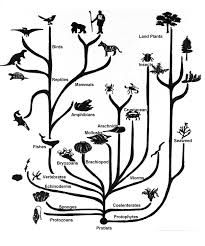 The theory of evolution is considered one of the greatest scientific achievements of all time. It is the foundation of modern biology and all the derivative biological sciences such as genetics.

Charles Darwin was the most prominent of several important nineteenth century naturalists who accumulated evidence that clearly contradicted religious ideas about the origin of life, the age of the Earth, the implications of fossils, and the mutability of organisms through natural selection. Darwin's grandfather had been one of the first to suggest that idea, which ultimately became a basic principle of biology.

Afraid of the controversy his theory would provoke, Darwin hesitated for decades to publish his theory. But when another naturalist, Alfred Russell Wallace, sent Darwin in 1858 a manuscript based on his own fieldwork, Darwin could no longer hold back. Both men had come to the same conclusions about evolution. Darwin submitted both Wallace's manuscript and his own to the British Linnean Society in 1858 and then published his On the Origin of Species in 1859. The presentation was met with indifference, but the subsequent publication was met with an uproar.

Predictably, the concept of evolution was denounced by religious conservatives, but it was also rejected by some very prominent scientists of the time. When Darwin published Descent of Man, there was a virulent and widespread reaction. One of the most distinguished --and vocal-- opponents was Louis Agassiz. Agassiz was knowledgeable about fossils and his studies on glaciation clearly acknowledged the deep age of the Earth. But his ability to consider evidence was overshadowed by his very conservative religious ideas. He was not alone. The hostility toward the theory of evolution persists to this day, although among the most advanced nations the United States stands out as peculiarly resistant. The history of this great contribution to scientific truth demonstrates that blind belief is very difficult to dislodge.