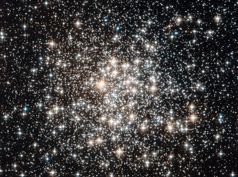 The great Renaissance astronomer-mathematician Giordano Bruno is generally credited with introducing to Europe the revolutionary notion that our Sun was a star, just one of countless stars in the heavens, and that there were countless solar systems as well. Further, these entities were components of an infinite and dynamic universe.

Bruno's theory of the universe was presented at a time when the most sophisticated "science" in Europe was based on Aristotle's teachings. Part of the orthodox worldview, therefore, included a static universe with the Earth at its center and the Sun rotating around the Earth. The hierarchical Aristotelian Earth-centered world, which was compatible with the Biblical creation myth, was part of the core Church dogma at the time of the Renaissance.

Bruno and a few other major Renaissance figures were influenced by ancient Greeks such as Lucretius, Epicurus and Democritus, whose remarkably prescient concepts of the atom and a dynamic, infinite universe between 500-200 BC would become the basis of modern science. Before Bruno, Copernicus had argued in the late 1550s that the Sun was the center of the solar system. Bruno built on Copernicus's ideas, but went too far by arguing that our Sun was just another star like many others in an infinite universe.

Bruno received the full force of clerical rage. For his heretical assertion he was tried by the Church and burned at the stake in 1600.